In this exercise we are going to focus on the study and practise of Spanish adjectives. As you know, adjectives are frequently descriptive. This means that most often adjectives are used to describe a noun, or distinguish the noun from a group of similar objects. For example, an adjective might describe the color of an object: “El lápiz rojo”, the size of a noun: “La habitación grande” or  the esthetic of a noun: “La casa bonita”.

Spanish adjectives are directly connected to nouns, that is, most adjectives change form, depending upon whether the word they modify is masculine or feminine, singular and plural.

Masculine and Feminine in Spanish Adjectives:

Most adjectives ending in –o change that letter into an -a if the noun feminine. Examples: el chico alto, la chica alta.

Spanish adjectives ending in consonant do not change regardless of the gender of the accompanying noun. Some examples are: “La taza es frágil”, “el niño es débil”, “la niña es débil”.

Singular and Plural in Spanish Adjectives:

Adjectives that end in -e also change form for singular or plural. To form the plural, simply add -s.

Similarly, most adjectives that end in a consonant do change form for singular or plural.

Description of the teaching activity

The objective of the DOMINO is to work the concordance between nouns and adjectives. To do this, students receive the same number of cards and, in turn, each student tries to connect one image (nouns) with an adjective from another card. At the same time the student forms phrases such as “la pelota es redonda” or “las sillas son cómodas”.

We encourage you to practice and play this funny game.  If you corrected your errors derived from the use of Spanish adjectives you will have solved a basic problem in learning this language.  A misuse of the Spanish adjectives negatively affects the structure of sentences.  We hope that your practice goes well and we wish you the very best of luck with your studies. 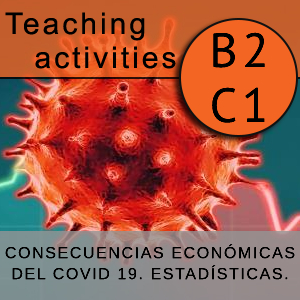 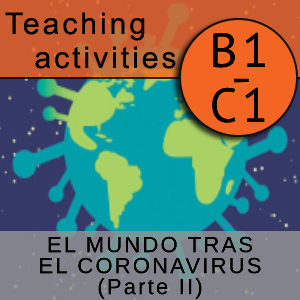